Financial Domination and Blackmail on NiteFlirt

I’ve been reading some long time FemDomme’s FinDom blogs who discuss blackmail and the ramifications of getting involved in this FinDom Fetish.  It is not for everyone any more than Financial Domination is, but it’s worth writing about.  I don’t do it.  Why?

Because, the majority of my income and Subs come from NiteFlirt and/or sometimes, Twitter.  Maybe, it’s because I have only been doing financial domination less than 2 yrs…but very few men have reached out to me off of NiteFlirt.  I think it’s the perception that NiteFlirt is safer…

Unfortunately, what happens with Blackmail callers/customers is that they are already at the point of “I don’t give a shit” and have been rinsed by FinDom’s or have literally lost everything, including home, wife, possibly savings etc…that once you ‘agree’ to start asking for information, THAT QUESTION OR AGREEMENT IS ALL IT TAKES!  They are past the process in other words and are so consumed by higher and higher risk and even addicted to it, that even the thought not the action gets them a hit.

So far I have taken a few calls from men asking me to ‘blackmail’ them. It generally doesn’t work out since the customer just saying his name or address (which I never know is authentic) is all it takes then they hang up!  Not cool with me at all…but also NOT BLACKMAIL.

Also, maybe it’s my law background but when someone ‘gives’ you information it is no longer nor has ever been blackmail.  Blackmail is when someone gets information on you then uses that information against you to get something, usually a pay off.

How can it be ‘blackmail’ if YOU are giving ME the info?  It isn’t.

After all, when you call me and we talk for a while, I can gleen enough information from you to make a few educated guesses.  Then, and only when YOU PAY ME to get more, I will do what’s needed to get more.  But, in the end an intelligent person knows that on the phone-you are in control, not me and that’s not fun for me at all.

But, as for Blackmail and it’s junkies, what I have experienced ESPECIALLY ON NITEFLIRT is that NONE of the people who call me REALLY PAY they just ‘pretend’ to want to be blackmailed.

And, as I state on my FinDom NiteFlirt Listings, I don’t play ‘NiteFlirt games. 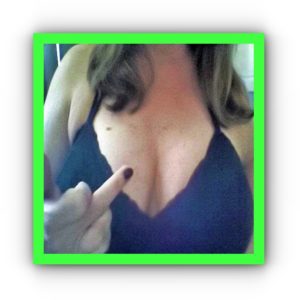