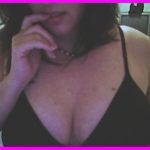 If that was what you truly wanted then why are you here?

Because, you want someone special. You don’t want a caricature or a fake bimbo spreading her pussy for the masses.  You don’t want some over-weight woman with fat tits telling you that they’re special and you will pay her for that.  You want a woman who you can feel proud to have your money and who’s personality is playful, sensually dominant, sexy, upscale and level-headed.

Even when one of my best PayPets left Mistress for another, we have remained somewhat friendly.

Why? Because, I know he’ll be back.  Because, I know he needs that special intimacy that only the term Mistress of FinDom can fulfill.  I am not the kind of FinDom Mistress who breaks the law, tells you to steal from your company, (well, maybe…) and who expects you to break the law for me.